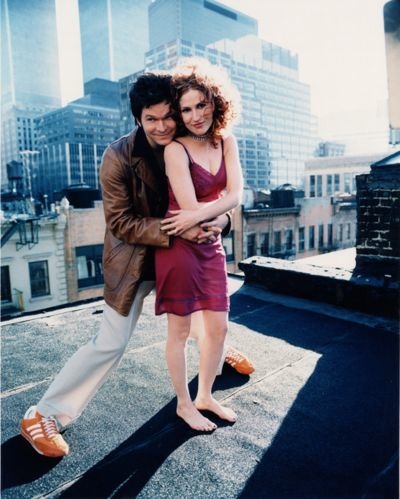 Today’s recommendation is the Nashville-based duo Fleming & John. The powerhouse couple of vocalist/multi-instrumentalist Fleming McWilliams and multi-instrumentalist John Mark Painter combines rock, pop and operatic-style vocals in such a unique way. The lyrics are extremely honest and personal, the vocals powerful and sometimes raw, and the arrangements are catchy as hell! John has worked consistently as a composer/arranger for film soundtracks (Hoodwinked!) and such artists as Ben Folds and Kings of Leon, while Fleming has done great work with kids (including their own two beautiful children!) and bringing them music education and involvement. John has also been staying active in the group Steve Taylor and The Perfect Foil as bass player. F&J’s discography has been fairly sparse, but fret no more! They recently launched a Kickstarter campaign to fund a new release aimed for December ’15. About the campaign, John has said

We are humbled and excited to have met our goal so quickly! This will meet the basic expenses of recording. Money raised above our goal gives us more flexibility and gives us more options on quality of materials, shooting videos etc.

More than just money, we really want to increase our number of backers to give us more of a “Kickstart”.

We have seen tweets and Facebook messages from many of you helping to get the word out. THANKS FOR THAT And please continue those efforts. More to come…

You should give these guys a few republic credits or Bitcoins or relevant currency for this project.

For some great samples of their work, see below!

“I’m Not Afraid” from their debut album “Delusions of Grandeur” ((C) 1996 Universal Records, a Division of UMG Recordings, Inc.)
Look for a guest appearance from Ben Folds at 1:33!

“Ugly Girl” from their album “The Way We Are” ((C) 1999 Universal Records, a Division of UMG Recordings, Inc.)
A writing credit from Ben Folds on this one!

Their bio from their Kickstarter page:

Fleming and John are a husband and wife duo based in Nashville, TN

Since then, Fleming and John have had two children and appeared in various roles on albums with artists such as John Mayer, Train, Sixpence None The Richer, Switchfoot, Spoon, Steve Taylor, Tim Finn, Patty Griffin, William Shatner, Family Force Five, Ben Folds, Toby Mac, Trail of Dead, The Newsboys, Indigo Girls, Jewel, Kelly Clarkson and many others. Also worked on Music for Feature Films and TV Shows including Hoodwinked!, Chronicles of Narnia, Leading Ladies, Over The Hedge, Grey’s Anatomy, The Longest Night in Shanghai, Veggietales.

They are currently writers for Position Music which promotes music for Film and TV use.

Apart from music performance and recording, Fleming does Vocal Coaching and Hair/Makeup/Styling for Photo and Video shoots.
John is an Instructor/Manager at a Martial Arts Gym www.eastnashvillemartialarts.com